The translation of computer binary to human readable characters.

A character is any letter, number, space, punctuation mark, or symbol that can be typed on a computer.

A character set is a family or characters.

Below is a character set of printable characters, these are characters that can be read from the screen or printed out on paper.

Examples of non-printable characters would include “Delete”, “Go back to homepage” and “exit” which are commands. (This was created back in the days before we had user interface, and instead of using a computer mouse we had to use the keyboard).

One of the first character sets was ASCII encoding which was invented in the 60s by the American National Standards Institute.

Below is an extract from the ASCII binary character table which illustrates how a binary number converts to a ASCII character.

1991 – Characters from the Greek, Thai and Hebrew alphabets were added (eg. Ω β)

2003 -Ancient characters from languages such as Cypriot syllabary were added.

Which one do I use?

Not only are people using UTF-8 for their pages, but Unicode encodings are the basis of the Web itself. All browsers use Unicode internally, and convert all other encodings to Unicode for processing. As do all search engines. All modern operating systems also use Unicode internally. It has become part of the fabric of the Web. The W3C strongly recommends that content authors should only use the UTF-8 encoding for their documents. This is partly to avoid the security risks associated with some encodings, but also to ensure world-wide usability of Web pages. It also gives you much more flexibility about what characters you can include in your web page without special escapes, from copyright symbols to emoji.

So how do we define character encoding? 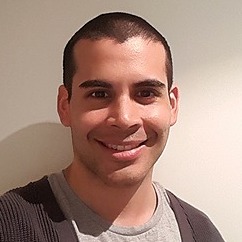 Let's make something awesome together